Racism: Alive And Well In America 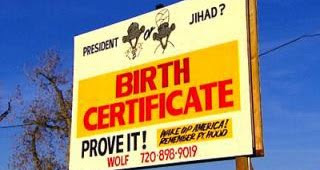 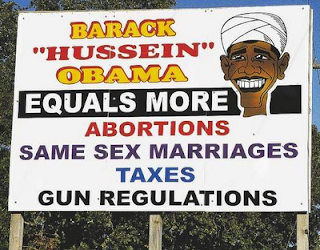 With images such as these posted on billboards, newspapers, magazines, and all over the Internet, there is no doubt racism is rampant in America in the year 2009. Of course we can all say, "What's your problem, a Black man was voted in for President, stop whining nothing is ever perfect." I refuse to believe the people of color who are discriminated against everyday in this country are looking for perfection, my common sense tells me people of color are looking for and expecting equality.

When I think about it, before Barack Obama became President, I was convinced our country was not totally where it should be; but things are definitely better and we as a people are showing progress everyday. I don't know whether to chalk this one up as just plain old naivete on my part, or blame the majority of American people (Black and White) who voted for Barack Obama.

There's no doubt that it's only a small group of ignorant people perpetuating this hatred, but I've noticed not all of these racists are just dumb hillbillies. We have people in the Congress and the Senate who share the views of the people who have a platform (TV and Radio talk shows) distributing the same racist hatred as the billboard distributors. I doubt that any clear thinking American can honestly say that since Barack Obama became President, they haven't seen the elevation of racism in America.
Posted by RealTalk at 4:59 PM