I knew this would happen in regards to the President’s ‘Black Youth Initiative’, some Whites are claiming discrimination and some Blacks are proclaiming the President should’ve acted sooner; or the initiative doesn't go far enough.

I would love to see just once, when Blacks and Whites stop complaining and telling everyone about a problem we already know; and come-up with solutions to the problems.

I actually expect the reactions from some whites, but it amazes me how some Blacks always seems to do more damage to the President than any ‘Tea Party’ member could ever do; it’s as if some Blacks are complaining on purpose to get an “ATTA BOY” from Whites.
Posted by RealTalk at 11:58 AM No comments:

With the deadline (March 31, 2014) for open enrollment for the Affordable Care Act (ACA) rapidly approaching, Republicans are launching negative campaigns against the new law.

Republicans are beginning to sound like a Geico commercial, “Uh huh everybody knows that.” They've (Republicans) voted over forty times against the ACA to no avail, and yet leaders of the Party are trying to convince people they have a plan to fix the law; but never goes into detail exactly what their fix entails.

The only fix to anything, from the economy to the ACA, Republicans have always come-up with tax cuts for the rich; that’s it, that’s their (Republicans) fix for everything. If Republicans are banking on keeping their leadership in the House, and gaining seats in the Senate by pounding the American public with old messages; Democrats should feel safe about maintaining their leadership in the Senate, and gaining seats in the House.
Posted by RealTalk at 7:10 AM No comments:

The Stand Your Ground Law and John McNeil 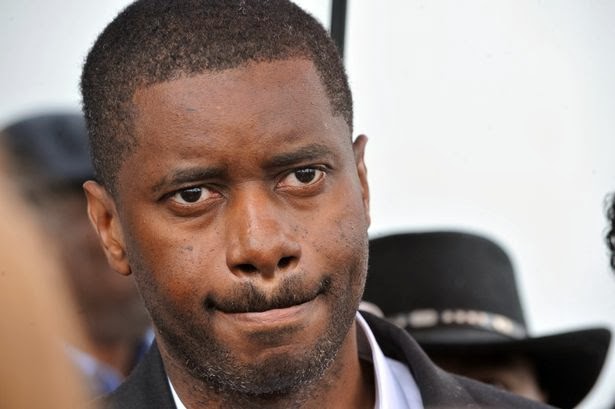 Mr. John McNeil; he was born Black, that’s it in a nut-shell. I can stop right there, but I’m gonna lay it out so the dumbest one in the class can get it. Mr. McNeil had the bad fortune of protecting himself in self-defense against a white man.

If the script was flipped, it would be a no-brainer, but we already know that; so let me get to where your boots can get laced. Somebody of substance or a real shot caller need to stand-up and explain why this guy 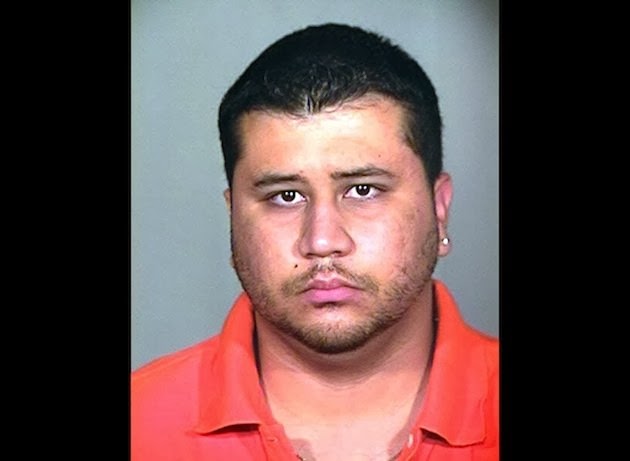 can convince America that he was well within his rights when he killed a 17-year-old Black child and Mr. McNeil wasn't justified for defending his right to stand his ground against a white aggressor.

I already know the majority of America got issues with trying to make sense of their brain trying to differentiate the two.

Let me put this shit rough and raw, if  it's a race war that the powers that be are looking for; I'm the NIGGAR that aint hard to find.
Posted by RealTalk at 11:40 PM No comments:

Dr. Ben Carson (http://www.achievement.org/autodoc/page/car1int-1) has run a successful campaign to become the newest Uncle Tom NIGGER to carry the flag for racist pigs. I've talked to knowledgeable Black people who actually feel sorry for Dr. Carson, I understand where they’re coming from; but for me, I refuse to give a person with intellect the benefit of any doubt while choosing to stay stupid.

The only people of color the Tea Party Republican racist dogs have been successful in their narrow recruitment campaign are people of color who hate GOD because they wasn't born white.

I’ll be the first person to give Dr. Carson the utmost respect for his academic and medical achievements. However, I would be the first to point out Dr. Carson’s shortcomings for allowing himself to be brainwashed by the likes of Heritage Foundation’s Evan Sayet (http://www.youtube.com/watch?v=eaE98w1KZ-c). Responsible Black men need to speak out on our views about such people; if not for ourselves, at least do it for our younger generation.
Posted by RealTalk at 1:21 AM No comments:

Why Fox News IS NOT Championing Michael Dunn

Everybody knows, or should know that Fox News played a much more superior role than the ineptness of the prosecution team and the jury in the outcome of the verdict in the murder trial of George Zimmerman for the murder of Travon Martin.

We all remember how Fox News aired countless interviews with Zimmerman before the trial informing the public of how he acted in self-defense and feared for his life while armed with a gun, weighing-in at close to 200 pounds or better, and having to fight for his life with an unarmed 158 pound Travon Martin.

Fox News will not and can not replicate the shenanigans with Michael Dunn they portrayed before and during George Zimmerman’s trial. As racist as the crowd at Fox News are, even they realized Michael Dunn was too stupid to save.

Fox News came to the conclusion with the swiftness that they have a guy who not only fired a weapon in public with innocent citizens present, but continued to fire his weapon at a fleeing vehicle; what a dumb ass.

Here’s the real reason why Fox News can’t be this murderer savior, Michael Dunn after breaking all civil codes of ‘Discharging a Fire Arm in Public’ the first phone call the stupid ass made was to a Pizza Parlor.

The KKK wouldn't defend this guy (Michael Dunn). Don’t get it twisted, Fox News and the KKK wouldn't hesitate to defend this racist pig if they believe this sub-human dog would be beneficial to their misguided causes.
Posted by RealTalk at 11:49 PM No comments:

Why Aint Nobody Mad

Why aint nobody mad about the 17 year old just duplicated with what happened with Travon Martin?

Why it's got to happen to someone in your neighborhood or your family for you to be fed up?

Why all the time it's got to be a White person murdering a Black person because the White person feared for their life?

When will a Black person kill a White person because they feared for their life?

When will a Black person get a chance to utilize the 'Stand Your Ground Law'?

When will White people accept the fact that the only people in the legally are the American Indians and people of color?

When will the first Black President get some real help from the people proclaiming they support him?

When will Black people stand up and let the world know that we are second to none?
Posted by RealTalk at 1:37 AM No comments:

Breathing While Black in Florida

When you take things into consideration, I know for a fact a man like me can not play the role of Travon Martin father. Before I say another word, by no means my point is to try to disparage a man who lost a son. I refuse to act like I understand how Travon Martin dad feels; I’ve never lost a child, which makes me a light weight in this subject matter.

Here’s what I think what I would do, take notice that I said think; which means I think and/or believe what I would do if I was burdened with the fact a person murdered my son because he got caught breathing while BLACK. I said all that to say this, if Travon was my son, there is no way the murderer of my son can be somewhere and I know where that person is; and that person is still breathing, aint gonna happen.

It’s a new White murderer on the block, Mr. Michael David Dunn murdered 17-year-old Jordan Davis because Mr. Dunn didn’t like the way the young Mr. Davis was kicking the lyrics with his music. Take a minute and think about this shit, a young Black man was murdered because a White man didn’t like the music Mr. Davis was playing.

I’m mad as shit about this, but you know what; I’m angrier with Black people most of all. I’m trying to figure out why Black people are not outraged about this. What does it have to take for you bitch NIGGERS to say enough is enough; I’m talking about Black men staying silent on shit while these racists’ dogs murder our children.

I can understand when people say, “I just don’t want to get involved.” I gotcha little ity bity point, but here’s what I don’t understand; It’s inconceivable to me to understand a man with a child aint head gasket hot about the shit that’s transpiring right in front of our face.

I’m outraged the way certain White people disrespect the first Black President, for some reason Black people aint mad about that. The outright haters have gotten to the point to be so bold to say, “The nothing NIGGERS aint gonna say nothing about the way we disrespect their Black President, let’s just go murder their male children so another NIGGER will be too scared to be a President.”

If Black men aint mad about this shit, I got to say, I’m ashamed to be a part of the Black race. It’s hard for me to understand how the strongest specie on earth can accept being second to anything living or dead.

One thing I’ve noticed about us (Black Men), we as strong men are far too quick to accept failure as an obstacle to see it’s just a speed bump and not an overwhelming mountain of whatever in life we as strong people can’t get there.

When the first Black President ran on a campaign of “Yes We Can” I was saying, “Yes we got to.” I said that because I knew if we don’t, our children can’t.
Posted by RealTalk at 1:39 AM No comments: