The Murder of Trayvon Martin and Vincent Chin

I really hate it when certain of us as people of color are outraged when things happen today, and totally ignore things that happened yesterday. The murder of Trayvon Martin, especially the way our judicial system laws are written; makes it seems as if it’s OK as long as the color barrier has the upper hand of defending each other. Before I go deep on why the color barrier play a big part in all of this; I want to confront those who try to explain their elementary point, without the benefit of intellect. Here’s where Mr. Vincent Chin demise, three decades ago coincide with Trayvon Martin’s demise. http://en.wikipedia.org/wiki/Murder_of_Vincent_Chin

At the Fancy Pants Club in Highland Park Detroit, Michigan on June 19, 1982; Mr. Chin was having a bachelor party. Subsequently, Mr. Chin and his Asian entourage were thrown out of the club after Mr. Ronald Ebens a Chrysler plant superintendent and his stepson, Mr. Michael Nitz confronted Mr. Chin with racial epithets.

Mr. Ebans took the confrontation to a higher level by declaring that, “It’s because of you little muthafuckers that we’re out of work.” Mr. Ebans were referring to ’s manufacturing auto jobs lost to ; the irony in this, Mr. Chin wasn’t Japanese. Mr. Ebans and Mr. Nitz walked away with probation for murdering a person of color.

My question is this, why is it that we as people of color have to wait until something or somebody have stepped on our big toe of manhood before we get to a point of, “OK, that’s enough!”

What about the tragic wrongs that were perpetrated a moment before Trayvon Martin and Mr. Chin; while all of us were silent?
Posted by RealTalk at 7:49 PM 2 comments:

Bill Cosby and Charles Barkley Comments on the Zimmerman Verdict

When I first heard the media giving their intake on the comments Bill Cosby and Charles Barkley made regarding the George Zimmerman verdict; I was outraged. But I did what I usually do, I went online and watched video of exactly what both men said, and how they said it. If I would’ve just accepted the way the media portrayed Mr. Cosby and Mr. Barkley comments; I would’ve branded them as UNCLE TOMS.

I agree with both men that the prosecution didn’t prove their case of Second Degree Murder or Manslaughter. In my brain, a clear case could’ve been argued of Felony Negligence; but the Judge disallowed Third degree Manslaughter, which took all other lesser charges off the table.

My point on speaking on this subject is because we as a people hastily demonize others, simply because we accept the media sensationalizing an event just to get ratings.

Here’s where the RACE CARD gets played. The media want clear thinking Americans (emphasis on clear thinking) to believe Trayvon Martin was running away from George Zimmerman; stopped and ran back towards a man that outweighed him at least fifty pounds and began pounding on him using ground and pound techniques, which were the same techniques that George Zimmerman trained for everyday. It doesn’t make sense.

As I have stated before, I begrudgingly accept RACISTS like Rush Limbaugh and Ann Coulter to wholeheartedly accept the scenario cited above; but it makes my blood boil when BLACK UNCLE TOMS agree with these RACISTS.
Posted by RealTalk at 11:41 AM No comments:

Larry Elder interview with Piers Morgan yesterday (July 18, 2013) was disgraceful, it was UNCLE TOMMING at it's best. http://piersmorgan.blogs.cnn.com/2013/07/17/things-heat-up-as-piers-morgan-invites-larry-elder-to-the-grill-i-think-youre-stupid/?hpt=pm_mid

Larry Elder said everything negative about the prosecution's star witness Ms. Rachel Jeantel, short of branding her as a dumb nigger. As a people, most of us have become accustomed to

racist like Rush Limbaugh and Ann Coulter expressing their true feelings in the disparagement of people of color; but it makes my blood boil when UNCLE TOMS express their feelings likewise.
Posted by RealTalk at 1:24 PM No comments:

Cooper of CNN Interview with Juror B37

CNN’s interview by Anderson Cooper of Juror B37 gave insight, and a vivid perspective of how the 98% White jury viewed the case from the beginning.

Throughout the interview, Juror B37 repeatedly referred to George Zimmerman having the right to defend himself; in her brain, it’s as if Trayvon Martin were devoid of such rights.

Tell me how a young man running away from a creepy ass cracker, gonna stop and come back and confront a person close to twice his size; it doesn’t make sense.

Juror B37 and the rest of the majority of the all White jury already had it in their brain, that Trayvon Martin was the aggressor before either the Prosecution, or the Defense started with their opening statements.

The reason why the jury came to their bias decision before the trial got underway is because Trayvon Martin was Black; Juror B37 proved that in her interview with Anderson Cooper.
Posted by RealTalk at 7:22 PM No comments: 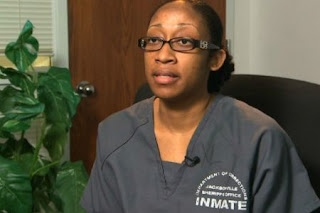 A White man, George Zimmerman murdered an unarmed Black teenager, found not guilty by so called jurors of his peers. 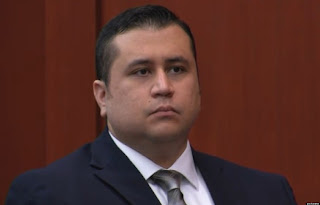 If you want to live in a state that campaign that it's ok for a White person to murder a person of color; move to Florida.
Posted by RealTalk at 11:13 PM No comments: 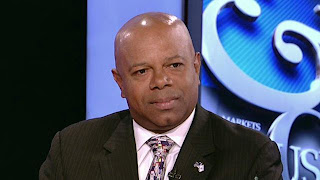 Mr. Webb, out of his own mouth said, "George Zimmerman was justified in killing Travon Martin." In order for anybody to wrap their brain around what this misguided, complete uninformed fool believe; you have to accept the fact that Mr. Webb is ignorant or brainwashed.

Mr. Webb refuse to acknowledge the fact that George Zimmerman possessed a criminal record of perpetrating violence against two human beings. One was a woman, the other was a police officer. What this complete idiot overlook is that a man with a record of violence, armed with a gun, took the life of a teenager that didn't have a record of any kind.

Ironically, the person with a history of violence murdered a human being with no history of violence, or nothing to show that the teenager violated any laws in all of his young years on earth. The only thing Travon Martin is guilty of, is being accosted by George Zimmerman breathing while BLACK.
Posted by RealTalk at 10:05 PM No comments:

Email ThisBlogThis!Share to TwitterShare to FacebookShare to Pinterest
None Violent Protest

For some crazy reason the media is shocked and amazed that Black people are not resulting to violence to get their point across. Just that point alone should let everybody know, Black or White; that we’re living in two .

Let’s just face facts; the prosecution did an outright poor job presenting their case. George Zimmerman got away with murder; the cold part is we as a people have the gall to be upset with the outcome of the O.J. Simpson verdict.

It really pisses me off that the majority of the media are in shock and trepidation that people of color didn't resort to violence to make their point known.

The truth is staring each and everyone of us square in the face. A White person has the ability and the freedom to walk through any neighborhood without being viewed as a suspicious character. On the other hand, a Black person walking through any neighborhood, Black or White; he or she are viewed as a suspicious character, just because the color of their skin.
Posted by RealTalk at 12:39 PM No comments:

Not Guilty By Reason Of Ignorance

To the point of not guilty by reason of ignorance is profound in one way and one way only. By the majority of jurors was over-whelming in behalf of George Zimmerman’s peers is the way our judiciary is set up; he was found not guilty by members of his peers.

Trayvon Martin didn’t have the opportunity to testify in his behalf because he wasn’t present at the trial. The main reason Trayvon Martin wasn’t present to tell his side of the story is because our society concocted laws to give George Zimmerman the right to kill an unarmed human being just because in George Zimmerman’s brain the person didn’t look like he belonged to be where he was.

If Trayvon Martin would’ve been White, do we as a people honestly believe that George Zimmerman would have been so willing to feel that he feared for his life and pulled the trigger to take a White guy life; I think not.

The only reason Trayvon Martin is dead is because George Zimmerman made the decision that this NIGGER doesn’t belong in this neighborhood.
Posted by RealTalk at 6:16 PM No comments: